Рet portraits are our favorite type of painting. We love it when our clients talk about their pets. Animals are the real kings of our hearts, so why not immortalize your pet in a royal portrait? Our client Linda ordered a portrait of her pug Fatso drawn as a king on a throne. There was no long and touching story behind this act. Linda just loves her dog very much, just like he loves her. This is an elderly, fat, soft and affectionate dog who loves most of all to sleep in the arms of his pawrent and quietly grunt. But when Fatso sits with Linda on the sofa and watches TV, he is a real crowned person, he looks so important and proud. We drew his portrait rom the photo where he was captured watching the evening news.
Brandon asked us to draw his parrot Kiko as a royal page. This is a restless cheerful bird that loves to sing, dance violently shaking his head, and parody the speech of its owner. Kiko is a handsome macaw, the page suit suits his bright plumage perfectly. The bird himself was very pleased with his portrait and tried to get to make friends with it, mistaking it for another parrot. 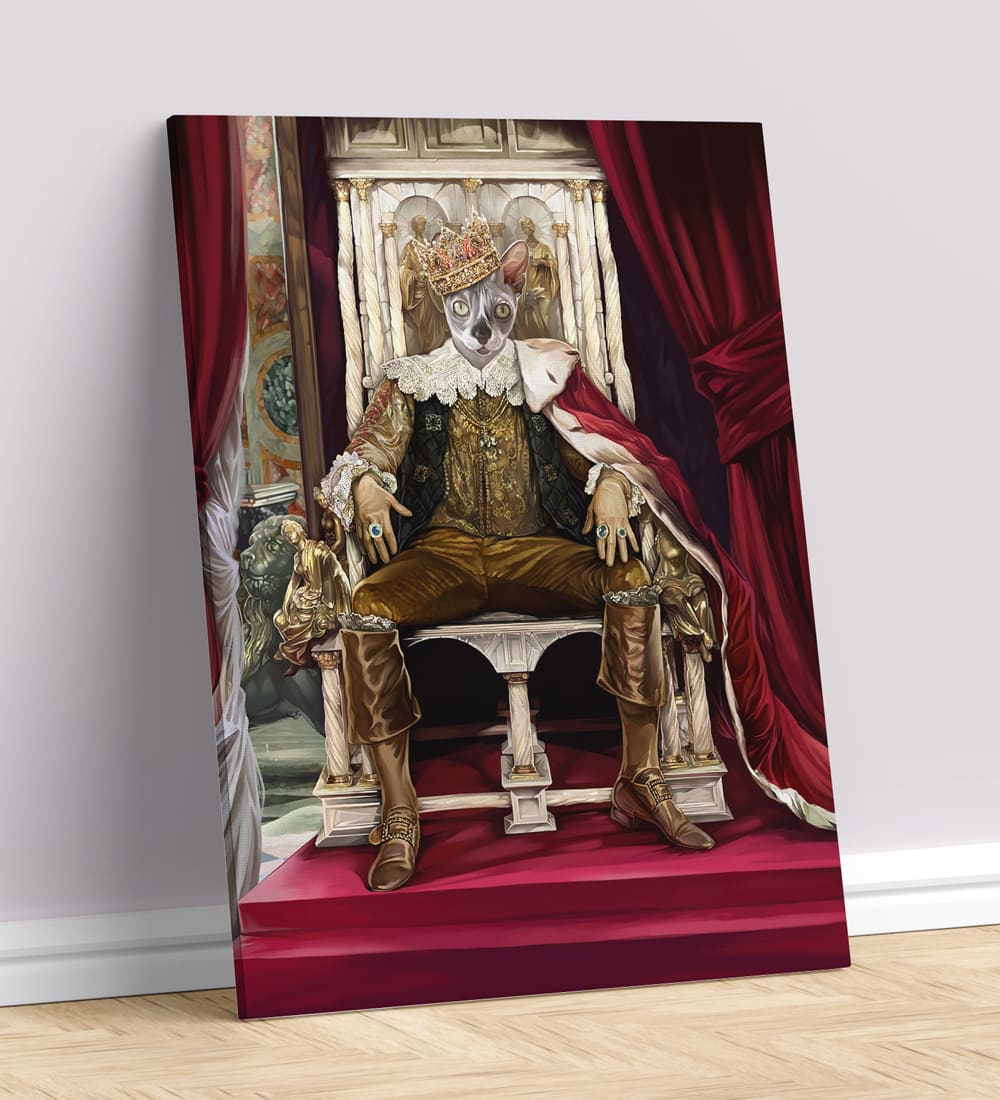 Custom canvas historical portrait or digital print, The Cat is the King 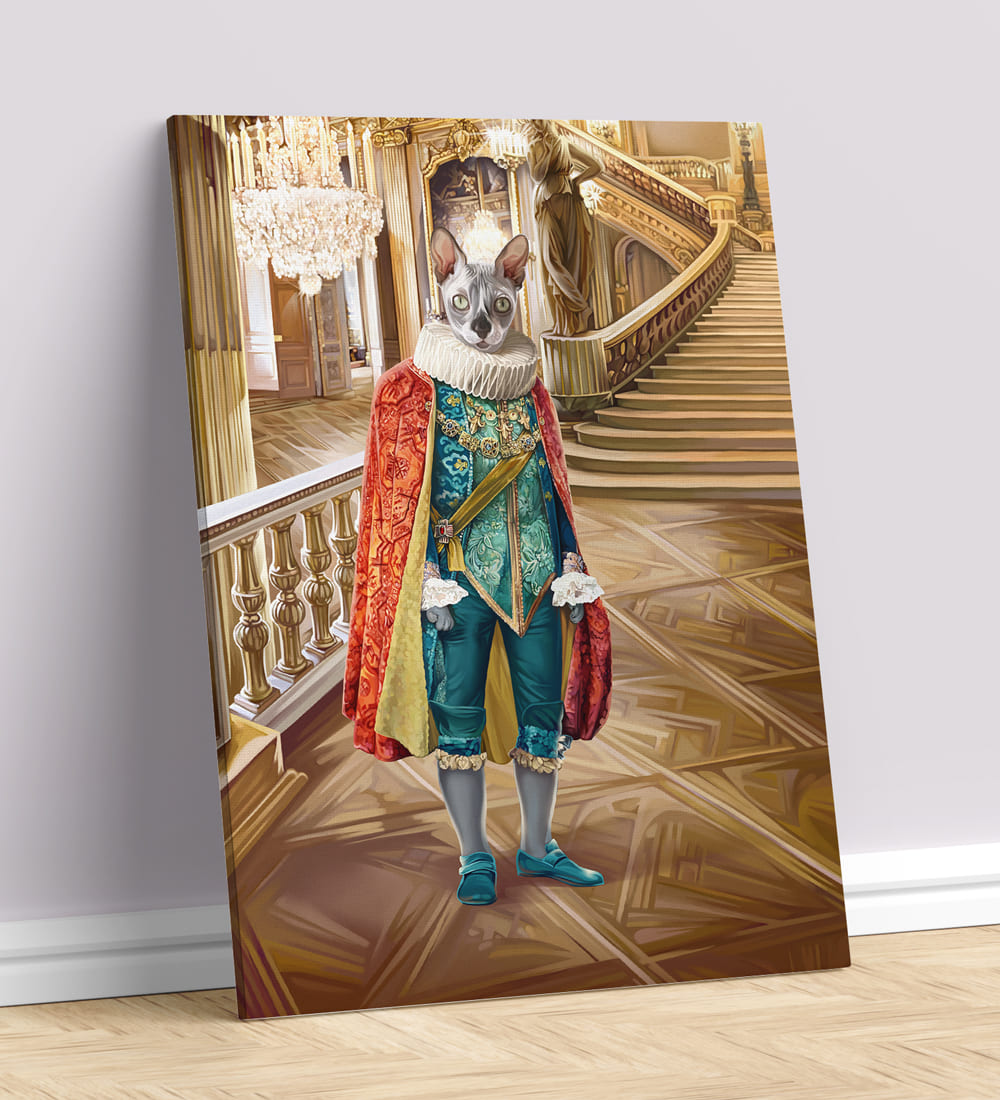 Paul ordered an image of his guinea pig Cupcake as a Queen. Cupcake is very small, but she is a very smart, gentle and docile creature. Most of all, she loves to sit on the owner’s shoulder and squeak softly. However, Paul commissioned a pet portrait from us for a sad reason. Guinea pigs live little even in captivity – only 4 to 8 years. Cupcake was already 4 years old, Paul was afraid of losing her and wanted to keep the memory of his beloved creature in the form of a portrait. Fortunately, his fears were not justified – baby Cupcake is already 5 and she is still active and healthy.
Of course, there are also portraits with a love story behind them. For example, newlyweds Mary and Fernando asked us to draw their cat Lucy, who became a real Cupid. Young people met because of her. They both were able to purchase real estate in a young age and wanted to adopt an animal from a shelter so that their new homes would be comfortable. Surely their union was made in heaven, because they went to the same shelter at the same time and liked the same cat. They bumped into each other’s foreheads when they sat to take a look at Lucy’s cage. Then Fernando invited Mary on a date. By the time the bruises on their foreheads had healed, they had already begun to live together in Mary's house and took Lucy with them. Lucy is a fat black cat with large white and red spots. She has a calm personality and looks majestic in her queen’s portrait.

Become a preferred subscriber and get special offers and a 10% discount on your first order.

Visualize your dream with